The Devaluing of the Single Mother 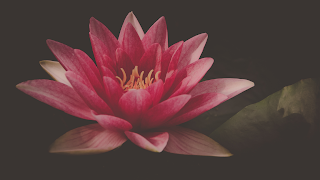 Are you aware of the chatter? It’s heard loud and clear; secret thoughts are no longer private anymore. Like a car depreciating as it exits the car lot, single mothers are made to feel this way for giving life. I found that women with husbands are belittling us just as much as men are. Do we do anything right? I use to wonder why there was such a great fear behind being a single mother. Some would have rather died than to be marked with those scarlet letters. Many did not make it because bringing them forth was not an option due to the stigma.  Single mothers are targeted and verbally destroyed. And by all means, don’t be a black single mother, double whammy! Black women experience demonization for having children out of wedlock and for being a black woman. It is not enough that our menstrual is considered a curse; let’s take it a step further and apply that to our existence.  Did you hear about the law passed to wear the hair growing from our scalp freely; then we have to listen to the black man who came from us express their distaste. It makes me wonder why a race of women is hated as much as we are.  I am a black single mother, and I am personally tired of being treated like my life does not matter because I created a life with someone I did not marry.

I am judged in corporate America, looked over by potential prospects, and hunted by men raised by single mothers they hate. The moment I fall short, I am disgusting, but to the father that shows up when he wants to, he is doing the best he can. My need for a break deems me a bad parent, but a father forgets to pick the child up from school, leaving them in the rain, he is trying, or that man has to work to provide. I can’t date, go to a party, chew gum, wear a bonnet in public or want to advance my career because single mothers shouldn’t have a life; we are single mothers, right?  When I checked, two individuals came together to create a life, so why is it that the woman is always dealt the worse hand and made to feel worthless if she refuses to play.

Does “it takes a village” apply to single mothers or two-parent households? Are the villages only for those who did it the “correct way?” I tried the community approach, but the town gathered to stone me too many times. There were a few attempts to turn my child against me. I grew tired of piecing myself back together because single mothers who did not accomplish their goals did not want to see me doing better.  Everything I have had to do, I did it with my child in one hand while taking bricks thrown at me with the other to keep building when I just wanted to put myself out of my misery. The baby on my hip saved me in more ways than one. I remember working and going to school; the village failed me miserably, all of my child’s hair came out; her grades suffered, a grown man was using her cell phone ignoring my calls when I called, and I was constantly being called a devil to her. Every effort I took to make things better for us, the world treated me like I was just a means for a quick release.

They say it is damaging to a child not to have two parents in the home, but what about those who had this struggling with addictions because their uncles touched them, and no one wants to talk about it because moms’ brother is just sick. How about the one dad impregnated because mom offered her child up to keep him happy?  I know just as many broken people who came from two-parent homes as I do those raised by single mothers. It just seems to be an issue only when there is a single mother involved, though. We get no slack, and some of us did not choose this; some were married, but the marriage ended, yet we are all grouped like trash in a pile awaiting its time for pick up. A mother and father raising a rebellious child are advised to “just give them to the Lord.” However, a single mother is browbeaten and made to feel like they are not doing enough.  In those moments, we are made to feel like choosing to be a single mother is why the children act out, and it is payment for some sin. Single mothers are wounded on every side and given scraps. The second we don’t take Massa’s hands out with a smile, how people feel manifests as venom spews from their mouths.  Single mothers are not expected to thrive. People are shocked when they meet one, not on any government assistance.

I did everything I could to be to my child, who I did not have. I made many errors along the way that I will discuss later, but I did not hear anything when I got it right. My low points as a mother, a woman, a black woman, and a person were magnified and displayed. People await the downfall of single mothers so they can kick them, spit at them and remind them of how less than they are to society. My child is 17, and those around me used one-off year she and I didn’t see eye to eye to judge my entire existence. I have never felt physiologically safe. I can not name one black man who has protected me in any way, yet when a woman’s masculine energy dominates, that is an issue.

Treatment such as this is why a woman would instead marry a man she sees no future with than raise her child unwed. Men have nine different baby mothers and are held to a higher standard, while women are labeled whores and slut buckets. Who is defending the single mothers? Who will protect the black single mothers?  We are tired of being looked upon as less than. Single mothers are well-educated, business-owning, move making, life-giving, Goddesses. Misogyny (plantation thinking) has plagued our minds for far too long, and we will not rest until the mentally confined are free. Single mothers deserve better and if they are not an interest of yours, keep it moving. We have enough to carry already.  To degrade a woman who has a child without a man in the home is one of the most disgusting things I have heard to date. My prayer is that the day will come; women, black women are protected.  It is okay that the hair products, food, and birth control pills destroy our wombs, but it is not okay to use them for the intended purpose. The white man is correct, but I am wrong from bringing forth life. Welcome to the world where we live.

Thank you for reading this article. If you are willing, please share with others. If you are a single mother, please email me at latoyanicole@solocoaching.net. I have a special offer for you.

August 22, 2020
Some life coaches have experienced trauma, healed and overcame it, and are now helping others. They have become who they need for others. Other times, they have mastered an area of their lives and are now helping others who exhibit gifts in that same area. Your need for a coach will depend on where you lack knowledge or resources to accomplish your goals.   Coaching and consultants are taking the industry by storm. Anything you need, there is someone to help. It is a matter of finding them and making sure they are a good fit. By the end of this article, if you feel you need a coach but not in my area, please email me to help you find who you need.  Life Coaching does for the mind what a personal trainer does for the body. We help with assessing a situation to provide strategies for moving forward. It is a gradual process that allows individuals to dig beneath their thoughts and beliefs to help them understand internal obstacles to their success and wellbeing. Coaches help people ide
4 comments
Read more

July 05, 2021
As a child, I loved rollercoaster rides. It was the highlight of any vacation with my dad or whomever I went it. They were huge, scary, and got my adrenaline rushing every time. I enjoyed the thrill so much I wanted to take a spin repeatedly. It did not matter if these things had me hanging upside down, entering a dragon’s mouth, taking me underwater, or looped me faster than I can think. I wanted it. Boy, was it fun! Of course, I wouldn’t dare do it alone; I needed company to experience them with me. I wanted them to feel everything I felt; there was no way I needed to be there alone. The scariest ride was not one I experienced on vacation; I was in my hometown. I stood there pondering the outcome if I went there. The longer I thought about it, the deeper I traveled into my thoughts. I no longer had control, I lost myself in it, and at the time, it felt good. I felt empowered going there, although the side effects were dangerous. After I got off the ride and became aware of my surro
Post a Comment
Read more