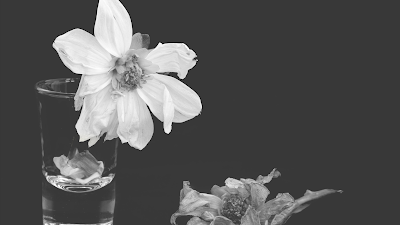 Are you genuinely supported, or do you have people in your life who will cheer you on but as soon as you make it to the finish, the cheering stops?  Have you noticed they are happy when you are stagnant but shift their attitudes when you began to heal and do well? You finally endured to the end, but the silence is loud and confusing. You ask, weren’t they praying for me? Are those the same people who said, “I can do all things through Christ”? So, what happened? They are pretty quiet now; what’s going on?

Lack of support led me to live such an unaccomplished life; I honestly felt like no one expected me ever to win. Those thoughts broke me, and continued disappointments created a cycle of stagnancy that was hard to break. I recall times when their words said one thing, but the energy said differently. Why do people root you on when deep down, they do not like you? I understood genuine support spoke in action to accompany words. I have also realized some help is only an effort on the other party to gain notoriety.

One day as I sat at my desk working on a project, emotions surfaced that overwhelmed me. At that moment, I felt alone and unsupported; I felt like I had no one. It was a burdensome feeling that erected for a purpose. It was so heavy I had to unplug from my project to process what was happening. The same technique I teach my clients, I used. I wrote about what I felt as straightforward as possible and the memory that surfaced; I poured it out through my words as the tears stained the paper. There was no feeling of release until I finished regurgitating it all; I had to get it out. It was time to process that hurt. I realized this happened often, and I am grateful because it leaves no stone unturned. So here I am, journaling about the time my dreams came true and crumbled within a matter of seven days.

When I was younger, being a fashion model used to be a dream of mine. It was something I often spoke of to family members. After I graduated from high school, I moved several hours from home, where I thought I would have a greater chance of manifesting this desire. Everything modeling, I watched, read, studied, and wanted. I practiced my walk often as well as poses. It was all I thought about at one point. So, I auditioned for a spot in a modeling local school and was accepted. They were pleased with my ability to catch on quickly.  Getting accepted was the most exciting time of my life. I knew this was it for me; all I needed was support until I could take care of myself. Although registration was paid,  I never started my first class, which was the following Saturday morning. Fresh out of high school, I had no job or transportation, so I relied on family. I knew they would show up for me as much as I talked about modeling.  There were no doubts; I knew they would be there for me.

Then there was that dreaded phone call. I received the news I was not ready for that changed the trajectory of that dream; at that moment, I heard something inside of me shatter like falling glass. There were other shattering moments in my life, but this one hurt deeply. A modeling career was my ticket out, that was my ticket to the life I dreamed of, that ticket shredded before my eyes. I cried for hours. A three-hour trip was filled with the warmth of my tears continuously falling and a suffocating feeling making it hard for me to breathe. The swelling of my eyes was tangible. I could not speak; I just wanted to go as far away from my family as possible.

My tears were my meat at that hour. They dismissed my feelings; no one gave a damn about how I felt. I do not think they ever did. They took from me my dream, and it by adults who feel like a child’s desires don’t matter made it justifiable. On the outside, I was an adult; I felt like a school-aged child on the inside.  I had been stripped entirely naked. I had nothing left for anyone to take.

"My family expected me to be the backbone for them, but no one supported me."

They used my shortcomings against me to justify the treatment. “Toya is failing classes anyway,” were the words I heard to explain why I had to stay and take care of children who were not mine. You see, I was going to Community College during that time too. My grades came to my aunt’s apartment, and that is what she shared with everyone so that they could feel good about telling me they could not support my dreams. I could have pulled up a grade, but that was never an option. Toya is a failure, so let’s use here for what we need; she won’t amount to anything. That summarizes the thoughts that ran through my mind. I was so tired of them treating me like that I wanted to die and tried to end it on several occasions, more than they realized. At that time, I hated my life and feeling like I would never do anything or receive support the way others did.

Why I had to put my life on hold to play the role their father should have played? I was a teenager taking care of three children, and I often wondered if that’s all my life had in store.  How do you feel was never asked? Do you want to apply again, was not an option afforded me? Can I hug you? Did not cross a mind? The level of abandonment I experienced at that moment played out in my life up until the moment I processed it, which was over a decade later.  I never asked anyone to inconvenience themselves for my daughter when I became a mother. I did everything in my power to raise my child myself.  The very children I helped take care of would’ve never done what I had to do. The more the abandonment sat in, the worse I started to think about myself and my family.

From that moment on, I refused to dream anymore. I did not want to write a goal down. I remained there for years, and the pain and anger surfaced in more ways than one towards those who let me down yet again. I battled and struggled with it so long it became a part of me. It was time to heal that area. I desperately needed to heal.  While helping my daughter build her business, I noticed she had all of the support I never had. They were so #teamCayla I was accused of taking her money that she made from her business.  I was over it.  What more can they do or say? How is it that no one can find any good to say in what I am doing? That was the onset of the detachment I needed to make for the better.

What I learned about healing:

Understand, healing is a continual process. There are layers that we have to address continually. Once we are over one hurdle, more awaits us.
I would tell my clients that this experience is a limiting belief surfacing; this is what I would coach them through; this is an excellent example of how we get stuck in repeat cycles. This scenario was a block for me. I had to trace the root of this erected feeling and deal with it accordingly. Unless the ax is laid to the root, water and minerals will get to it, and it will not die. That is why surface-level healing is not beneficial. Now that I have started my business helping people in a greater capacity, those genuinely for me are. It does not matter who is not anymore. God has blessed me to connect with some fantastic people whom I am grateful to know. There are no hidden agendas with them; there is no superiority complex with them, there is only cheering and celebrations after each milestone. I encourage each of you who will read this to surround yourself with supportive people.

Thanks for reading! Stay tuned for more information on the development of my Facebook Group Unaltered Voices. In the meantime, use your journal as a space to be heard. Speak your truth, release your story, and heal.

Tune in weekly to my Podcast:

August 22, 2020
I know some life coaches have experienced trauma, healed and overcame, and is now helping others. They have become who they needed for others. Other times, they have mastered an area of their lives and are now helping others who exhibit gifts in that same area. Your need for a coach will depend on where you lack knowledge or resources to accomplish your goals.   Coaching and consultants are taking the industry by storm. Anything you need, there is someone to help. It is a matter of finding them and making sure they are a good fit. By the end of this article, if you feel you need a coach but not in my area, please email me to help you find who you need.  Life Coaching does for the mind what a personal trainer does for the body. We help with assessing a situation to provide strategies for moving forward. It is a gradual process that allows individuals to dig beneath their thoughts and beliefs to help them understand internal obstacles to their success and wellbeing. Coaches help peopl
4 comments
Read more

October 12, 2020
Photo by  Meriç Dağlı  on  Unsplash You’ve been in the basement far too long. The stairs were always present, but you refused to climb, or can you see it through the clutter? There was never a lock on the door, but you would not turn the knob. You stayed in the dark because you wanted a party in the basement with you, but no one RSVPed. How many parties must you throw before you realize no one is coming. Several guests opened the door, bid you to come, but you remained. Do you like it down there, or can you not hear the answer when it calls?  Are you immobile? Is that why you are stuck and become so accustomed to your state of being? Has dysfunction become your new norm? The clutter is overwhelming. I think you know the staircase is there but have a hard time reaching it. Time to shift something around so that you can see your way upstairs. Did you know you can create a new world from chaos? You do not have to remain in the basement, but you have to will yourself to come out. Day
Post a Comment
Read more