Who Gave Seed To This Sower? 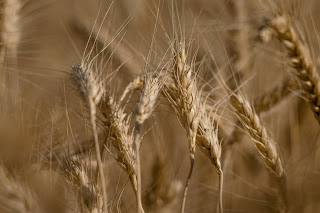 Photo by Mustaches Cactus on Unsplash

I started a business for my daughter about three years ago. She is very creative, a great cook, and a baker. As her business took off, I recall her missing events from time to time because she failed to follow my organizational plans or had customers who could not pick up on time. She'd missed gatherings, and so did I. Let's not excuse that as her mother assisting her in building my social life was strained. Several people within our family had negative things to say concerning her running a business at her age. One of the negative sayings was, "let her be a child." I often wondered what that meant, so I asked only not to get a response that made sense. These people felt that my daughter was missing out on life because she was always working. I read of children younger than she was at the time with several businesses. It was crazy to hear people who worked and expected the oldest child to watch all the siblings say this. So, if I had five children and missed out on things because she had to be the latchkey kid, that's okay, but not starting a business? How insane does that sound? Is that allowing them to be a child, forcing them to help with homework, cooking, and cleaning while you either worked or enjoyed your social life? I was once responsible for assisting with homework, and I did not want the responsibility at all. Nothing about my childhood said, "let her be a child," and I did not own a business. When we hear what is being said and look at who is saying it, that is more than enough reason for distance. We tend to cut our progress short when we feel like we have to hang on to toxic dysfunction people just because they are family.

Little did they know which it was not their business; my daughter had a social life and was allowed to attend events where time permitted. I grew tired of hearing it, but I wasn't surprised by the ignorance I heard. I guess their definition of allowing a child to live is always on the go every chance they got.  I did that; profited me absolutely nothing. NOTHING!!!! We have to detox from toxic thinking like that because if I had allowed her to be out every weekend the moment she ended up pregnant or on drugs, I would have been the worse mother on the planet. Why wasn't she watching her? Why was she always gone? The best thing you can do is raise your children and not allow anyone to tell you how. Parenting is a daily walk, and I have learned not to accept unsolicited advice from people who have not progressed in their own lives. If they still look like 1982 run, they can offer you nothing. We are dealing with an entirely new age.

Graduating from high school, going to college, and getting a job is highly supported but not owning your own business. The destruction of Black Wallstreet has passed its trauma down because we are afraid of everything. Black people are in bondage to more trauma than we realize. This stuff goes back generations; as I have stated before, trauma is passed down via genetics. The process of epigenetics is how we heal, but who will embrace it. Being an entrepreneur is not understood by those whose minds cannot fathom doing it for themselves. It is a form of conditioning to think that we are to work for someone until we are old enough to retire and have to go back to work because the money barely covers the household bills. You have worked from 6 to 66, and you can barely pay your mortgage! The system is severely flawed, so create your own. I am NOT  saying working a 9-5 is a bad thing, so do not go there. Read in context, please.

Well, my daughter ended up closing her business and decided to enter into the modern-day slavery system. As I listened to her give me her schedule week after week, I am reminded of how her business supposedly stopped her from living. Well, where are those people now that she is in the system working every day with only maybe two days during the week off? She is working every night after school, every weekend, and when they find out her school is out during the week, she is there early morning. What do they have to say now? It was a problem when she ran her own business and created her schedule. Is it a problem now? Of course, not because owning a business is not normal, especially for a child. It is imperative to keep toxicity away for you and your children when you are interrupting patterns. The seeds take root in their minds, and when they start springing up, everything is out of control. Every time we talk, my daughter gives me another reason why she closed the business. I am pretty sure the lack of support outside of me had something to do with it. One person told her they did not care about her business when she asked them to get her home on time because she had cakes to bake.  I understand the mental attack she was under. There were several voices, and eventually, the negative ones won. I tried keeping her away from it, but someone convinced her I was forcing her to choose who to love. You see how the ignorance creeps in and damages the mindset of a child. Just like that! There isn't a village anymore. The village is toxic and dislikes the parents. Your child will suffer in today's villages.

Not only do we have to rid our ears of plantation talk, but we also have to guard what we are building from people such as these. There is nothing wrong with separating yourself from people who will destroy something just as fast as you build. They aren't physically destroying it, but the daggers called their mouths would. Children are impressionable, and those seeds take root. You can be on one side rooting them on, while others negate everything you say or do. Often when we see teenagers' behaviors and mindsets change, this is why. They won't say because the blame is usually on the person closest to them, but all of this plays a role. We send them to school with opinions, the other parent with views, friends with ideas, and other family members with more ideas. The worse is having them around family who does not like the parents. By the time they come back home, you may be dealing with another person. They all have a hand in influencing your child, but only you get blamed when a break down happens.

Thank you so much for reading, I greatly appreciate the support. If this article resonated with you please share with others on your platform.
Say Hello On:
www.instagram.com/iamlatoyanicole_
Or visit my website:
www.latoyanicoleinc.com