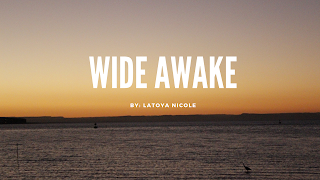 Not all of us have been here, but I am here to speak on behalf of those that have. Some feel it but may not understand what is going on, so I hope this helps you take another route before you are too far gone. Master manipulator is not a good enough word to describe the lengths to fool you. They appear to be an angel of light, but by the time you find out they are cesspools for dark energy, you are in the sunken place. Congratulations to those of you who found them out early and decided to run for your life. You may be dating one, raised by them, or one may be your pastor. Learn to identify the signs and move accordingly. The awareness I gained from my experience opened me up like a book. I went from thinking I was utterly insane to being alone in the dark, eating tears wanting to drown in the bathtub. I learned to learn from my experiences. In my learning, I’m healing.

I do not know if all great lessons accompany great pain, but this one took a toll on me mentally, emotionally, and physically. It felt like a rollercoaster had taken me to the lowest low before I went back up only to come down again. It took a special one to open my eyes. That one made me realize I have had them around all of my life in family, friends, intimate relationships, leaders, etc. As I stood on the edge of hurting one of them or me, I recounted all of the behaviors that patterned what I experienced before. I could not do it anymore. What is this and why is it happening, I screamed. I needed guidance, I wanted to know more, but I felt trapped. When ignorance is the trap, the lack of proper resources extends the stay. In understanding this had happened before, I knew it was something I needed to get to the bottom of. I did not want to adopt this as the norm, although I saw it most of my life. There was no way I could deal with this again without someone getting hurt physically.

A special relationship awakened me, the one that ushered me into more profound inner child healing, was the worst and best. Yes, that sounds strange, but it is true. I had never felt so low, yet I was healing more profoundly than ever. The mental and emotional abuse level in gaslighting, love bombing, discarding, and future faking drove me insane. Inconspicuous abuse is as dangerous as what you can physically see. If you were viewing it from the outside, you would think I was the crazy one, and he was the upstanding “humble” one. We seemed to have it all together, but it was different behind closed doors. It amazed me how great of an actor he was. Everyone praised him for being such a great person while I battled thoughts of my worth, my esteem tanked, and I was ready to give up on ever being in a relationship again. I’d look in the mirror and wonder if I would ever be desirable. I was changing, and it took a while before I experienced the joy of the new morning. The weeping lasted far longer than a night.

Deep within the pit, I questioned the motive of every relationship. This man was tearing me down, and as bad as I wanted to leave, the ropes grew tighter with every attempt. He knew when I had enough, so for a moment, he treated me like I was the only woman in the world. He did this long enough to take me high enough that the fall would shatter me even more. I developed Stockholm Syndrome. I allowed the mental games, the lying, and triangulation. I had dreams, heard songs in my sleep, and felt when he was deceptive; however, I did not leave right away.  Whenever he was doing wrong, I knew I would get the best gifts. It became a pattern I later picked up on. He observed me enough to know when I was checking out, so before I did entirely, I got a gift, a date, or the affection I desired the entire time.  But this is what I had accepted for so long I was convinced it was right to try to make it work. I prayed that God would heal him too many days before I stopped realizing he had to want it.

In the process, I learned to listen and observe actively. He revealed his intentions through made-up stories about other people to get my reactions. He fed off how I reacted to what he said and what he was doing to me. In some of the stories, he talked about a friend sleeping with someone, then realizing it was a man, having multiple partners at once, not desiring to live with a woman because it hinders what “the friend” wanted to do, etc. When I realized this was happening, I vomited for days. I thought about the other stories, and I began to piece them together. I concluded I had entangled myself with someone who was an empty shell. This man hid behind what he was sharing about others. He was afraid, to be honest about who he was, so he did this to see how I would take it. He would feel comfortable or crawl back in his shell, depending on how I responded. Some responded fed him as these types of people are energy vampires.  As much as it hurt, I was deeply saddened. The level of pain inflicted on me was ten times worse than what he felt about himself. Someone did the unthinkable to him as a child, and every woman he has connected with has paid for it. They take what their moms did and did not do out on us.

While I believe sometimes people will come into our lives to elevate us further. They expose areas where the focus is needed. I needed to learn everything I did to break a cycle as painful as it was. The way he treated me was disgusting. The abuse was not physical, yet the scars haunted me, changing how I looked at everyone.  I had no idea what was happening until I learned what narcissism was. An episode of Daring Dialogues and a book called Everyday Narcissism was the beginning of what I would find. In my findings, I discovered that narcissistic abuse is

overlooked, and many are experiencing PTSD because of it. In my experience, it feels like taking a detour, ending up in an abandoned city with no signs of life.

Thanks for reading Part One of my Wide-Awake series. I will go into more detail about my experience with narcissism as the story unfolds. Please subscribe to get alerts of new posts. If you or anyone you know has experienced this, please seek professional help specializing in narcissistic abuse.

August 22, 2020
Some life coaches have experienced trauma, healed and overcame it, and are now helping others. They have become who they need for others. Other times, they have mastered an area of their lives and are now helping others who exhibit gifts in that same area. Your need for a coach will depend on where you lack knowledge or resources to accomplish your goals.   Coaching and consultants are taking the industry by storm. Anything you need, there is someone to help. It is a matter of finding them and making sure they are a good fit. By the end of this article, if you feel you need a coach but not in my area, please email me to help you find who you need.  Life Coaching does for the mind what a personal trainer does for the body. We help with assessing a situation to provide strategies for moving forward. It is a gradual process that allows individuals to dig beneath their thoughts and beliefs to help them understand internal obstacles to their success and wellbeing. Coaches help people ide
4 comments
Read more

July 05, 2021
As a child, I loved rollercoaster rides. It was the highlight of any vacation with my dad or whomever I went it. They were huge, scary, and got my adrenaline rushing every time. I enjoyed the thrill so much I wanted to take a spin repeatedly. It did not matter if these things had me hanging upside down, entering a dragon’s mouth, taking me underwater, or looped me faster than I can think. I wanted it. Boy, was it fun! Of course, I wouldn’t dare do it alone; I needed company to experience them with me. I wanted them to feel everything I felt; there was no way I needed to be there alone. The scariest ride was not one I experienced on vacation; I was in my hometown. I stood there pondering the outcome if I went there. The longer I thought about it, the deeper I traveled into my thoughts. I no longer had control, I lost myself in it, and at the time, it felt good. I felt empowered going there, although the side effects were dangerous. After I got off the ride and became aware of my surro
Post a Comment
Read more

The Devaluing of the Single Mother

June 03, 2021
Are you aware of the chatter? It’s heard loud and clear; secret thoughts are no longer private anymore. Like a car depreciating as it exits the car lot, single mothers are made to feel this way for giving life. I found that women with husbands are belittling us just as much as men are. Do we do anything right? I use to wonder why there was such a great fear behind being a single mother. Some would have rather died than to be marked with those scarlet letters. Many did not make it because bringing them forth was not an option due to the stigma.   Single mothers are targeted and verbally destroyed. And by all means, don’t be a black single mother, double whammy! Black women experience demonization for having children out of wedlock and for being a black woman. It is not enough that our menstrual is considered a curse; let’s take it a step further and apply that to our existence.   Did you hear about the law passed to wear the hair growing from our scalp freely; then we have to listen
Post a Comment
Read more