You Have Not Because You Ask Not 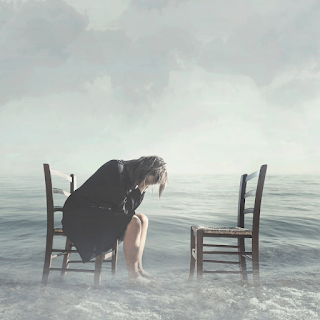 I know we pray to God and expect God to go to someone and tell them we are short on our light bill and need help paying it. I adapted that way of thinking after being taught; that is what was required. I learned I had to go to God when I needed something, not people. God touches people when we cry out to Him. Being new to the religion, I did this until loss taught me better. Have you ever asked for help and was told, “I will pray about it?” I have! But I never heard back.  My own family made me feel like a burden, although I didn’t ask for much. It was okay to take from me, but I needed a reality check when I hit hard times.  As long as I had something to offer, I was loved, which may be the root of why I gave so much in relationships. If you grow up with family predisposing you to this, more than likely, you will adopt this as a way to be accepted and loved. During some of the most challenging times in my life, I was alone. My tears became my meat as I waited until my daughter was asleep to cry and drown in my sorrows. I was sabotaging myself on every side, and it was exhausting. Trying to figure out what to do felt like a losing battle. These were the times I was in such a fragmented state; one-touch would shatter me. I have needed food, gas, help repairing my car, childcare while I worked and went to school, but I couldn’t bring myself to ask. One disappointment after another made it impossible to open my mouth. I was disappointed by the people who offered to help, make that make sense. People I thought had my best interest at heart talked about me or withheld the help to “teach me a lesson.” When a person is trying, they experience abandonment. Their determination to others means they do not need help. We all need help in some way. Do we ask or remain silent?

There was a situation after my pastor told me God would bless me with a home, a lady congratulated me and offered to furnish my daughters’ room. I thought how nice, but when the house manifested, she told me she would discuss it with her husband. I never heard back from her.  A word of Knowledge came forth one Sunday morning; my daughter learned she’d be a young millionaire, so many offered to help, but I was sent to one person after the other when I had questions. Those very people avoided answering questions. It was so apparent by the looks on their faces they did not want to help.  I was only going to those who offered their help. It was disheartening. I could not understand why open your mouth if you didn’t mean it?

Another instance happened when someone knocked on my door; it was a friend at the time. She asked me if I needed money. I thought it strange, but I said of course I do. So, she handed me an envelope and said, “God said to give this to you.” It was enough to pay the bill I needed help with and purchase something to cook, I felt good about it, but then something shifted. I had a dream her husband cursed her out for giving me the money. I wrote the vision in my journal but did not speak on it. I was heartbroken; it would have been too hard to talk about too soon. Later that week, she called me saying that she asked her mother in law if she did the right thing. After hearing her and recalling the dream, I was so upset that I wanted to give it all back and not speak to them ever again. I tried giving it back several times, but something happened, preventing it. When she finally came clean about her doubt and her husband’s response, I told her everything he said before she could, and it stunned her. I did not ask for it, she came to my house, but I felt like I shouldn’t have taken it deep down. That feeling only added to the disappointment and sent me spiraling. I was never able to trust either of them again after that fully.

A member of my family journaled that I needed a reality check because I asked her for gas money. She wrote on a few pages how she felt about me asking her for help. I read it because years after I gave her the journal, she gave it back, thinking she had not used it.  It said, “Toya needs a reality check. I was going to give her $40, but we decided on $20.”  I don’t know which was worse, her having to ask her husband if she could give it to me or reading that. Eventually, I received the money, but I felt there were some ill feelings behind it. I told myself repeatedly, “I do not want to be in this situation anymore.” I hated asking for anything because my own family treated me like this. I had to heal; I needed to because this mindset was a block for me. Everyone did not have ill intentions, but I missed those opportunities because I thought everyone would do me the same way.

I did not want anyone’s help anymore. I felt like I would always be indebted to someone because people hold what they do for you over your head. Your shortcomings are shared with others the moment they help you.  Your pain has become their gain. These are only a few reasons why I struggled with asking for help. There are plenty more. I have been in these sunken places now I am helping others out. I understand, there is so much to process. We have done things a certain way for so long we do not realize how we are hindering ourselves. Yes, those people were wrong, but their actions should not have taken me off course. I got to a point where I was tired of pretending I wasn’t hurting. I was tired of putting on 5in heels dressing the trauma up. I needed inner work and self-awareness. I could not go on any further. And what appeared to be a mental break was the beginning of my unraveling. Sabotaging myself was not an option anymore. The hemorrhaging had to stop. Healing was the portion I needed before I could go any further. I needed oil in my wounds. I did not want to relieve symptoms anymore. I wanted to heal, and I needed to be made whole. You, too, can heal; start with acknowledging you are hurting.

Thank you for reading my article; please share with others on your platforms.

If you need a session with me I am a Certified Belief Therapist and Life Coach, schedule your session here: